As long as I live I've been interested in anything with wings: butterflies, birds, aircraft.
I love watching and photographing butterflies and birds and have been building plastic model aircraft and wooden radio-controlled aircraft.
Later I also took flying lessons and became a licensed pilot for single engined aircraft and glider aircraft.
Due to the high cost I've stopped flying single engined aircraft and concentrate on flying gliders.
Allthough I love old historic gliders I also fly modern fiberglass gliders.
An extra dimension to this hobby is restoring historic gliders, I am also a licensed glider maintenance engineer and the proud owner of two classic gliders. 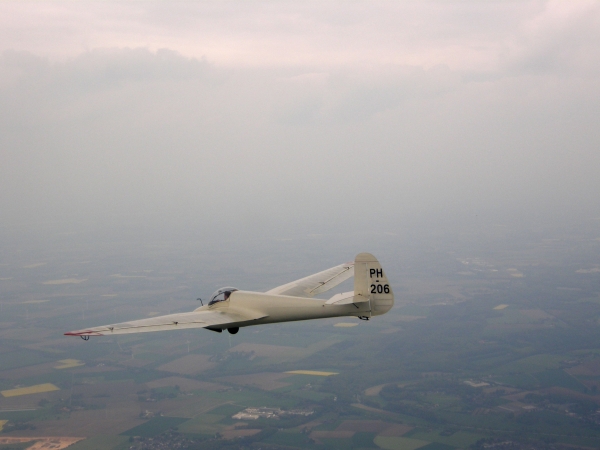 The Wolf-Hirth Gö-4 (often spelled as 'Goevier') is a side-by-side twoseater glider designed in 1937.
Only a handfull still exist today of which 1954 built PH-206 is one.
You can find out more about this aircraft by clicking here. 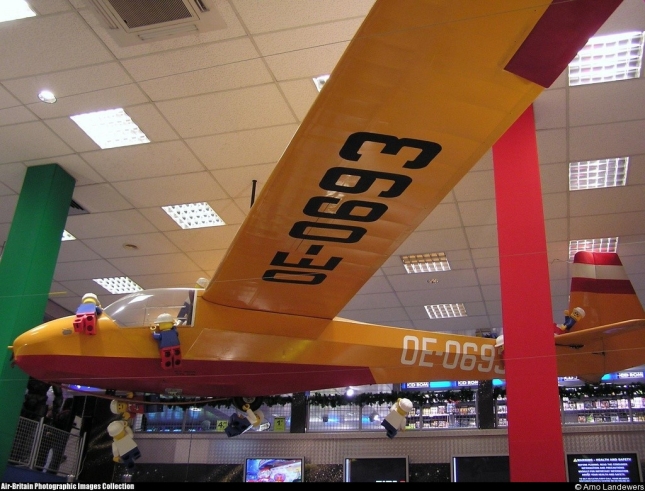 This plane was built in 1964 and flown by the gliding club located in Wiener Neustadt, Austria.
In 2000 the glider was sold and came to Holland to be hung in a big toyshop in Amsterdam where it could stay until 2009 when it was offered for free.
So the choice was easy and I took the offer. Since then the glider has been restored and is now flying almost weekly. And what a joy it is to fly her!
You can find out more about this aircraft by clicking here.